Find this article at:
go.ncsu.edu/readext?474948
— Written By NC State Extension

This year is proving to be the worst year on record for fall armyworms. As it gets drier, the problems in turf will increase. Armyworm march, plain and simple. The eggs are laid on houses, shrubs, trees, fences, mailboxes, and the like and then they hatch. At first, the feeding in not noticed as they are small and not very damaging. After a couple of weeks, the larger caterpillars are very voracious and march across the turf area. The turf often looks brown with more damage near the edges of near landscaping or trees and often times, especially in the morning and evening lots of birds will be present feeding on them. You have been warned. If you reseed, buy sod, sprig or whatever, you are open for attack. If you have established turf, you are open for attack.

Usually, the armyworms come into the turf on site. While a lot of people want to point fingers indicating they came in with the sod, that is usually not the case. You put nice lush sod down and water it and it can be like a magnet for armyworms. This problem may persist well into October. The later they attack warm season grass, the more serious the damage and it is then less serious on cool season turf. The two photos should help illustrate the tendency for the moths to lay their eggs on various objects and then the small caterpillars drop down to feed and then move on. The smaller the worms, the easier they are to control. See the control recommendations for suggested treatments. 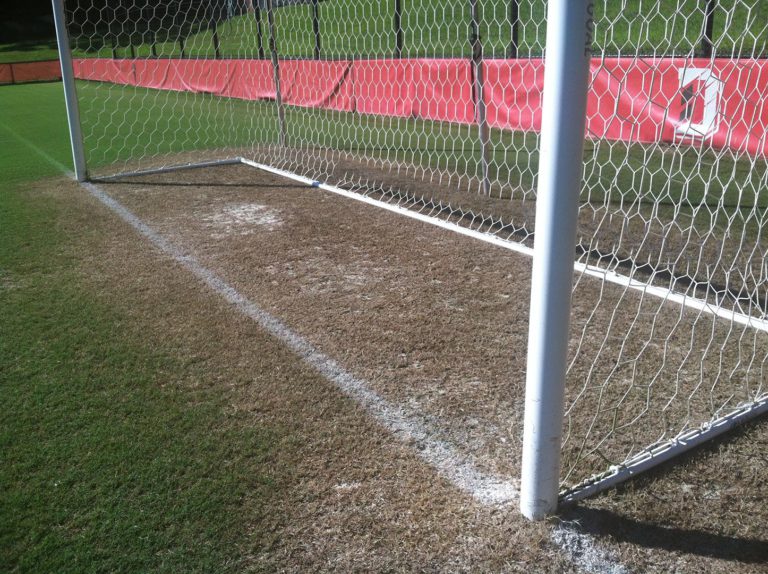 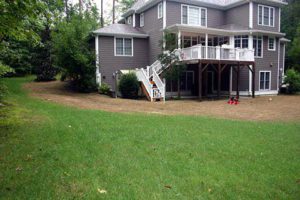