Find this article at:
go.ncsu.edu/readext?645726
— Written By Fred Yelverton (2 months ago)

From previous research, we know that crabgrass germinates with 24-hour mean soil temperatures average about 53-55 degrees at a 2 to 4 inch depth for several consecutive days. Because the climate in NC is quite varied (ski resorts in western NC and palm trees in eastern NC), the actual date of the critical soil temperature varies significantly. Traditionally, in the southeastern part of the state, we know that PRE herbicides should be applied and watered in by about March 1, in the Piedmont about March 15, and in western NC about early April (depending on the elevation). Based on observations of crabgrass emergence and data from NOAA (National Oceanic and Atmospheric Association), my recommendation for 2021 is for turfgrass managers to apply PRE herbicides two weeks earlier than previous recommendations.

Is there a penalty for applying PRE herbicides too early? The answer is:  not much. PRE herbicides are degraded (primarily) by soil microorganisms. When soil temperatures are in the 40s and 50s, microorganism activity in soil is low. Therefore, minimum degradation of PRE herbicides occur when applied in January and February. 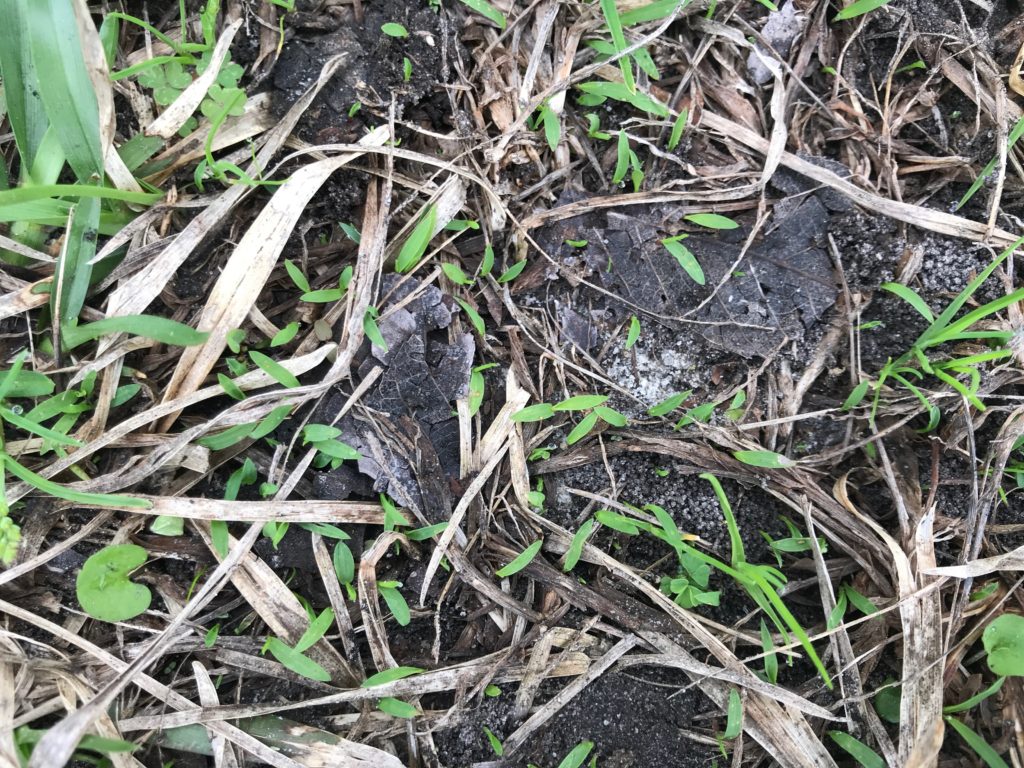